The project will reconstruct a sunken two-thirds of a mile stretch from Monroe Avenue to Charlotte Street into an at-grade boulevard with more than six acres of land for potential development, city officials said. 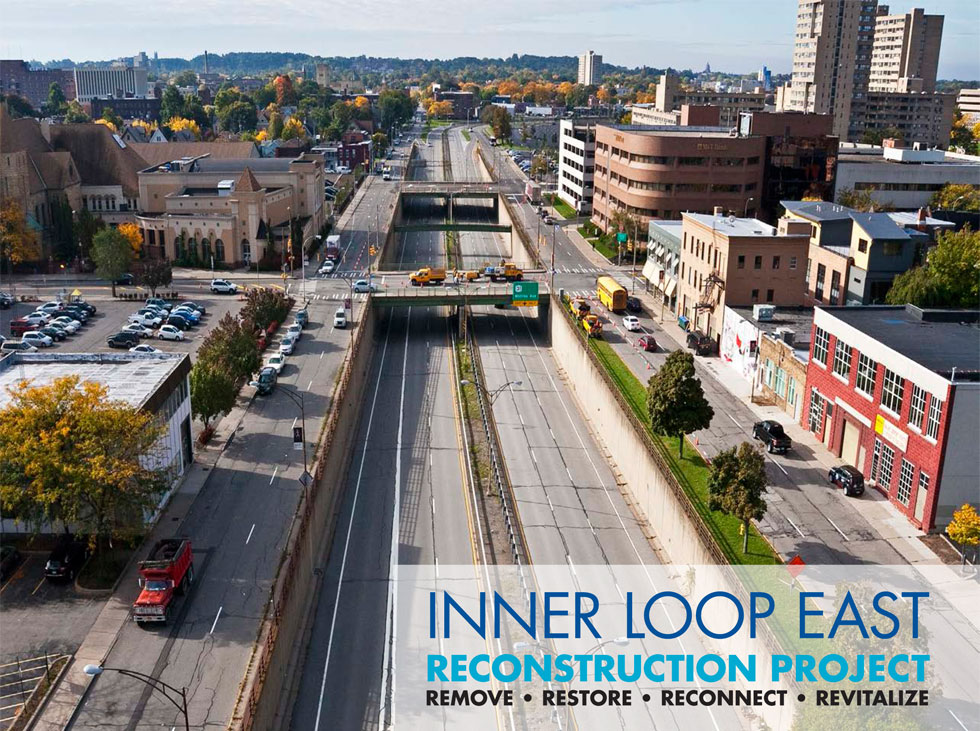 At the Corner of Howell and South Union streets at Rochester’s Inner Loop, officials and developers celebrated the first “filling in” of the Inner Loop at the southeast section of the expressway.

"For more than four decades, the Inner Loop has been a physical and psychological barrier that separated Rochester's residential neighborhoods from the region's center of culture, commerce and government," Mayor Lovely Warren said. "Thankfully, today we are removing a significant portion of that barrier."

Construction is to begin Nov. 21.

“Today we begin to fulfill a dream that has been decades in the making—filling in the eastern end of the Inner Loop,” said Sen. Charles Schumer, D-N.Y. “For the residents, businesses and would-be downtown investors who have long pushed to remove this moat that has divided downtown from the rest of the city’s vibrant East End, this day could not have come soon enough.”

The project will create up to a thousand local jobs and 230 construction jobs, he said.

Source: www.rbj.net
Posted by Unknown at 9:50 AM